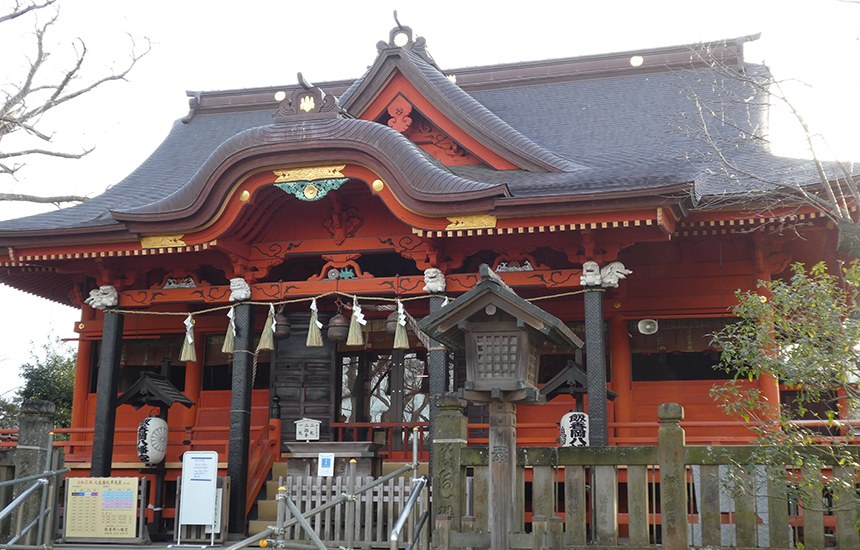 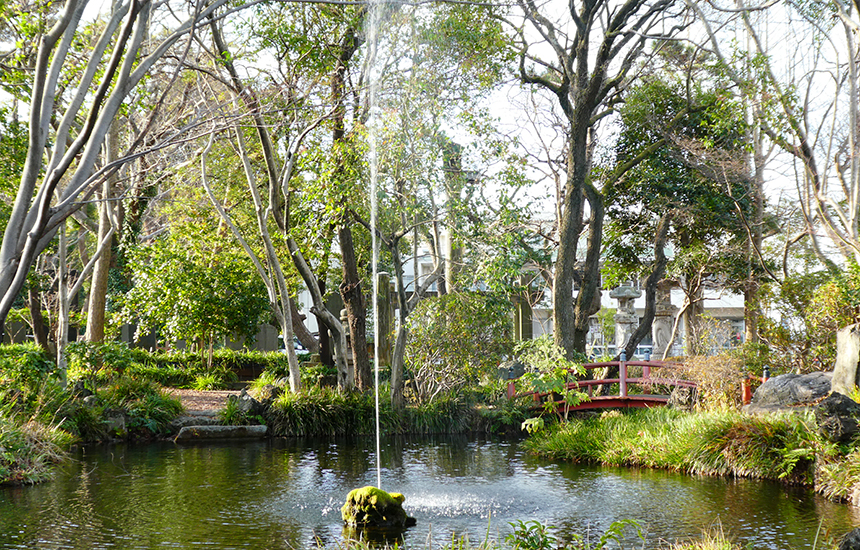 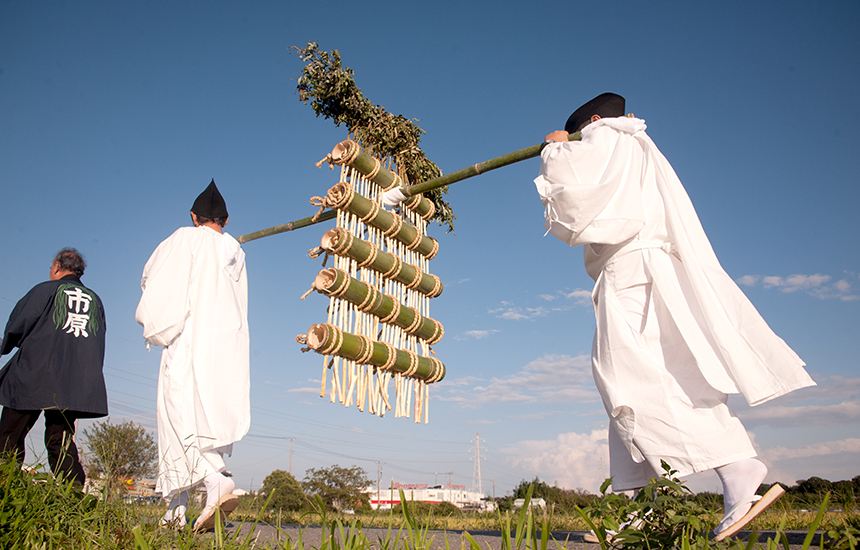 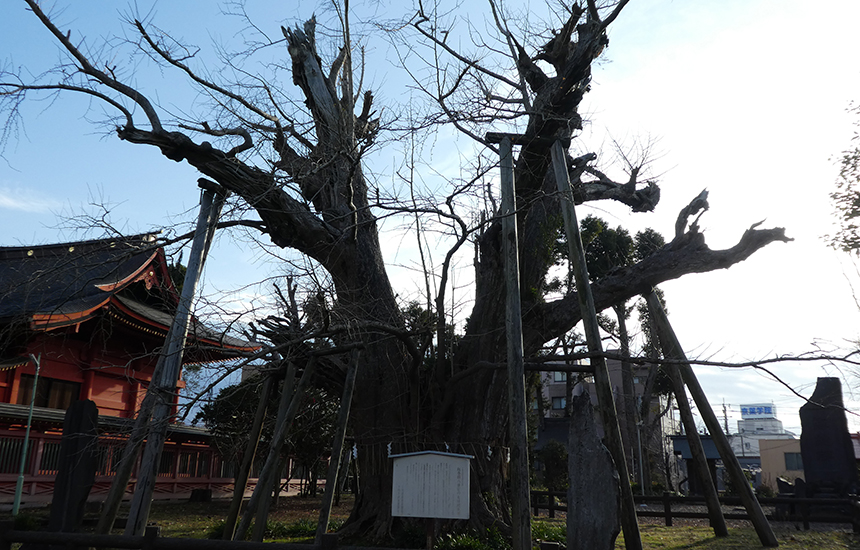 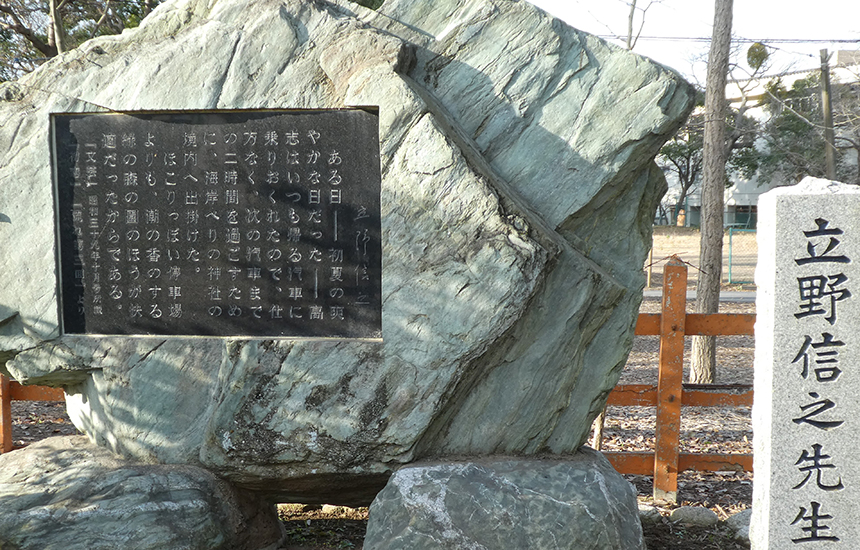 Hachimangu Shrine has many nationally designated cultural properties. Called "Child-rearing Hachiman," it has been revered for having a spiritual test in marriage and child-rearing."Ginkgo biloba" is said to have been planted at the time of its foundation.The appearance of the thick trunk split into two is splendid like an old tree.There are also prayers such as "Insect Sealing" to calm children's night crying, "Insect Sealing" to gather in Izumo, and "Kandatsu Festival" to pray for marriage in a Shinto ritual that sends out the gods gathering in Izumo.

Minamoto no Yoritomo, Takauji Ashikaga, Ieyasu Tokugawa and the samurai family are also serious old shrines
It is a venerable old shrine called "Kokubu Hachimangu Shrine of one country and one company", and it is said that it was built during the Hakuho era.Katori Jingu and the head office are designated as important cultural properties in the construction of shrines in the prefecture, and the beautiful and solemn atmosphere.

Couple Ginkgo
A symbol of the former port post town that gathers faith through marriage and child-rearing
According to the company's biography, a tree was planted in March of Tenmu 4 (675) to commemorate the solicitation of Hachimangu Shrine.Its existence has been widely known since the Edo period, such as appearing in Katsushika Hokusai's manga.A large ginkgo that measures about 3m as thick and about XNUMXm and XNUMXm in height, respectively.

Pond
A garden in the precincts.A Shinto ritual that began in the Nara period, a "life release" was also held at Hachimangu Shrine to release captured animals to nature and memorialize them. It is said that a pond was built in the precincts.

Upside down ginkgo
One of the legends of Yoritomo that remains in Boso, the ginkgo tree, which is a protected tree in front of the office, is turned upside down when Yoritomo, who prayed for the first victory in Iikaoka, said that if he could win the battle, he would take root. It is said to have been planted.

Naoki Prize Writer Nobuyuki Tateno Literary Monument (Visit Showa Bungo)
A literary monument with a passage from the autobiographical novel "Flow" built in the precincts.The "Kaiganberi Shrine" that appears in the text is Iigaoka Hachimangu, and Tateno liked this precinct as a place to take a walk in his youth.
Nobuyuki Tateno
Born in Goi-cho, Ichihara-gun in 36, he got a job at the Goi-cho government office but retired.After the proletarian literary movement, he turned around and released his works on the subject of modern history after the war.In 27, he won the 28th Naoki Prize for "Rebellion" in the February XNUMX Incident. 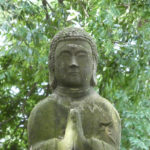 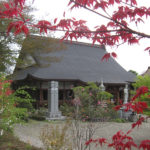