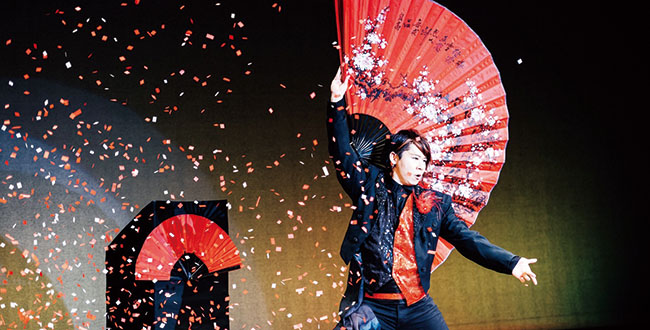 Junya Naito (26), who is active as a magician Piace from Ichihara City.At the Japan Cup, the largest in the magic world, he won the Rookie of the Year, the number one award in Japan given to the most active young magicians in Japan. The origin of Piace is a coined word that is a combination of Peace, which means peace, and Piece, which means a part.It was attached with the hope of becoming a part of making people smile with magic tricks.Recently, "Wednesday's Downtown" and "Full power!Appeared on famous TV programs such as "Weakness Times".The number of stage shows has dropped sharply due to the influence of Corona, but he is currently working on devising new magic. "Now, TV appearances have come true, but that's because I had friends from Chikusa Elementary and Middle School, and Keiyo Prefectural High School. From the time I started as a magician, call the Chikusa Community Center an event. I am very grateful for the support of the local people, "says Naito.

Aiming to be a magician

"My first interest in magic was the toy magic goods that my grandmother bought when I was little. The fever had cooled down, but it reignited when I was in high school. I watched it on a special TV program. "I thought it was interesting," he said, laughing like a mischievous child and continuing, "I really wanted to be popular with magic."However, the interest I had in Magic was real. “The more I learned about Magic, the more I was drawn into it. I was surprised that the tremendous depth psychology was naturally incorporated into casual movements,” says Naito.In addition, he said, "I was confident that I was pleased to show it to my friends in a high school class and it was amazing!"

After graduating from high school, go on to university.Magic is just a part of my hobby, and I have no doubt that I will live as an ordinary office worker in the future.However, he recalls, "I played with my friends in magic practice, part-time work, and college classes. I tried to do everything completely and my body reached its limit."Naito, who developed panic disorder, was afraid to look at people's faces and talk, so he stayed at home for over a year and put himself in an environment closed to society.Looking back on those days, he said, "I cannot thank all the friends who brought me back to society."As a result of worrying, I dropped out of college.I wondered what I wanted to do, and finally decided to "live as a professional magician."From a young age, I was a type of enthusiast who loved puzzles and Lego blocks. "My parents were worried, but they pushed me to do what I liked," he said.After that, it's a series of efforts.Listening to seniors' stories, studying magic, and going around the table at restaurants to show off magic. "It was not uncommon to be told teasing and unreasonable challenges. I have felt frustrated, but now that I have that experience, I think I have trained my mental strength and ability to read the atmosphere of the place," he laughs. ..Depending on where you are called, you can match the wording and your own atmosphere."Magic has its own personality depending on how it is shown. I always try to be polite and thankful for why I call myself," he stretched his back. 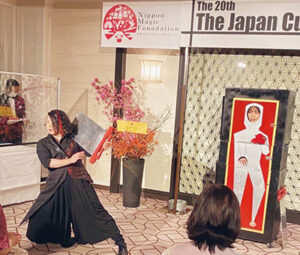 Show off magic at the award ceremony

Currently, Mr. Naito lives in Kamagaya City.One room in the apartment is dedicated to Magic and has a large mirror.The practice time varies depending on the magic, but you can face the difficult ones all day long.Check in front of the mirror and record in the video.Repeat and learn.It not only gets the existing magic, but many of them are self-made. I'm surprised that "I've spent two years practicing Magic for about three minutes." "I'm very nervous when I show off the finished Magic for the first time, but when I'm surprised, I get a sense of accomplishment that I've been recognized," he said.But continue like this. "In the old days, it was just a tengu, but now it's different. I'm good at magic that puts out big fans, and I'm the most confident in Japan. However, the magic originally came from Taiwan. I've had some time with Corona, so I want to create the best magic from scratch. "What kind of future does he aim for? "I want to absorb a wide range of things, not just magic, so I sometimes go to the theater stage. I learn acting and behavior. I wish I could do multiple activities, including Tiktok and TV appearances." Talk about enthusiasm.Above all, he hoped that he would like to expand the range of activities in Chiba Prefecture, especially in the local city of Ichihara.Magic is also recommended for small celebrations and surprises.Business trips and appearance requests are accepted at any time.Contact us for details.

One plate menu native to all cities- "i plate" is born! ~ 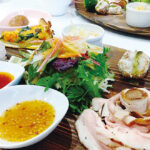